The Place in the Middle

As our forensic study of ancient aesthetics continues, Ep 4 looks at a timeless set of symbols that seem to be present in every ancient temple- and pyramid-building culture since the beginning of recorded history.  These symbol clusters, which show nearly identical meanings and usage from culture to culture are all pointing to a highly taboo tradition, yet clearly one that was of central importance to the esoteric traditions of nearly every known ancient culture.  But in spite of its clearly central role in the ancient psyche, these traditions are either totally ignored or mercilessly attacked, greatly misrepresented and generally considered outside the domain of modern science, beyond blasphemous in theological circles, and apparently outside the boundaries of basic sanity itself.

This is important, not just for historical or academic reasons, but because the ubiquitous symbols point to a living scientific tradition that was well understood and used for obvious benefit in the ancient world, yet is all but unknown in the modern western world.  It appears that a significant intellectual birthright has been withheld from the modern individual, which if returned, might trigger an almost inconceivable leap in intellectual, creative and social evolution.

What was it about this arcane ancient science that has situated it in the crosshairs of scientific, religious and anthropological taboo?  The ancient art is transmitting remarkably sophisticated schematics of what might be called our “psycho-sexual circuitry” and describing the roll that this primordial force played in allowing the student of consciousness to access higher, non-standard states of consciousness.

In this episode, we graduate from a speculate study of ancient art, to an operative engagement with the timeless secrets of esoteric anatomy and the highly contentious science of accessing non-standard states of consciousness that we all have in potential, but that in most remain dormant and unexplored.

Bonus get the Stream for FREE!
DVD Regions Free so works everywhere

Shipping is Media Mail is the USA and Economy Air Internationally. 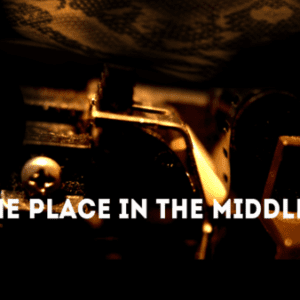