Growing evidence is suggesting a missing chapter in human history. West explores evidence of a sophisticated science behind the unexplainable accomplishments of Ancient Egypt, the inheritor of knowledge from an even earlier civilization?

The original run of M.E., released in late 1999, quickly became a global cult classic. It has not only sparked widespread controversy and debate wherever it has appeared, but has served as a catalyst to “awaken” millions to the mysteries of consciousness and to the timeless ancient esoteric technologies that are tightly suppressed by mainstream media.

Shipping is Media Mail is the USA and Economy Air Internationally.

How Streaming Works:
Upon completion of your order you will receive a login to our Streaming Console. 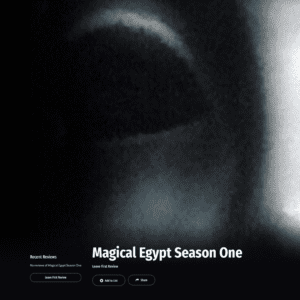