Buy The DVD and Get the Stream Free!

For nearly 40 years the Thoth Tarot has hidden the Secret of Sexual Alchemy.

The Thoth Tarot has been one of the best selling and most popular Tarot decks in the world.Designed by Aleister Crowley, and painted by Lady Frieda Harris, it is considered by many to be the most important magical object d’art of the 20th century – it is also one of the most feared and misunderstood.

Join Crowley expert and Certified Tarot Grand Master, Lon Milo DuQuette, for an in-depth and entertaining look at the magical mysteries and the secrets of sexual alchemy hidden in stunning imagery of the 78 cards of the Thoth Tarot. 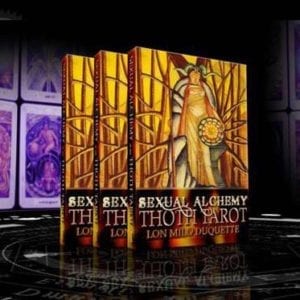 You're viewing: Sexual Alchemy of the Thoth Tarot – DVD $29.95
Add to cart